California Approves Fuel Made From Algae 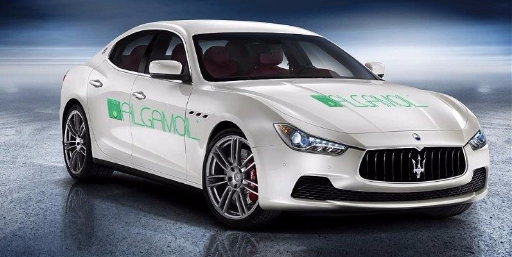 California has taken a giant leap forward in mainstreaming algae biofuels by offering it’s approval of a new 20% blend. Last month we saw a successful trial of algae biofuels being sold to consumers at gas stations. This month we see California moving forward and paving the way for successful, wide-spread, distribution.

In Sacramento, California, The Department of Food and Agriculture’s Division of Measurement Standards (DMS) has tested samples of a new 20 percent biodiesel blend fuel made from algae and is happy to report that the fuel is compliant with California’s quality specification for biodiesel blends. The new fuel became available November 13, 2012 at four gas stations in Berkeley, Oakland, Redwood City and San Jose as part of a pilot program.

The algae is not typical pond algae - it is produced specifically to consume sugar and convert it to stored oils that supply energy. The algae is grown in special reaction vessels under very sterile conditions to encourage maximum oil production.

The fuel is 20 percent algae biodiesel blended with low sulfur diesel fuel. Samples were tested to ensure overall high-quality engine performance and to ascertain that exhaust emissions will remain low. The tests were also good indicators that engine deposits and engine wear will be minimal, and that corrosion and filter plugging are reduced – very important factors for fuel used in diesel engines.

When evaluating biodiesel and other fuels, California adheres to standards set by ASTM International and SAE International, which meet the requirements of engine manufacturers worldwide. DMS has a rigorous program of sampling and testing for fuels sold at retail. A 2012 marketplace survey showed 99 percent quality compliance rate in gasoline and 98 percent compliance for diesel.

Persons experiencing problems with quality, quantity or product labeling of fuels or automotive products can contact their local county department of weights and measures or the DMS at 916-229-3000. The DMS website http://www.cdfa.ca.gov/dms/ has additional information about petroleum products as well as an online complaint form and links to county weights and measures offices.

What this means to the rest of us.

This is both good and bad. It’s no secret that while California is no doubt a leader, it also has its own particular way of doing things. Which sometimes fit, and sometimes doesn’t, with the rest of the country. The various law makers being what they are, tend to look at what one state is doing and if seeing no glaring mistakes, adopt the same rules and regulations without much introspection.

On the other hand, implementation has to start somewhere. California is as good a place as any, and better than most. The legal groundwork has to begin. Beginning sooner is better than beginning later. It doesn’t hurt that California has many natural attributes, both in climate and in infrastructure, which make it an ideal place for algae biofuel start ups.

Everyone knows they can certainly use the tax dollars.

Participating Gas Stations reported a whooping 35% increase in sales at the test sites. In addition, a survey conducted among the buyers revealed driver preference for algae based fuels over conventional fuels.

All of which begs the question…would buyers pay a premium for algae based fuels?

Even more interesting, a follow-up survey among buyers revealed that 92% of customers said that they would be more likely to buy algae based fuel for it's environmental benefits. 70% said they would buy the fuel more frequently if it were derived from algae, and nearly 40% said they would pay extra.

This pilot program was the first time algae gasoline were ever sold to the public. It was retailed at a parity price with conventional diesel.

OK, very interesting…but do they have an encore?

OK, here is where it gets' interesting. Understandably, both companies are keeping silent about their future plans, but here is what we do know. In December Propel Fuels anchored it's Series D funding with 11 million from existing investors, then went on to secure another 10 million in debt financing. With the new capital in place, Propel will be able to build out it's network of gas stations that are offering the cleanest, most sustainable, not to mention domestically produced, biofuels in the country today.

It currently has gas stations in California and Washington state and are planing building another 200 stations to service new and existing markets over the next 2 years. Propel operates a growing network of stations that provide renewable fuels (Flex Fuel E85, biodiesel blends, SolaDiesel) alongside the conventional gasoline that most drivers use today.

Solazyme, Propel's partner, was one of algae's first benefactors and has been a leader in the algae biofuels ever since. They have achieved key performance metrics in both fuel and chemical markets and they believe this allows them to manufacture oils today at a cost below $1000 per metric ton ($3.44 per gallon, or $0.91 per liter) if the algae biofuel is produced in a built for purpose commercial plant.

In 2012 Solazyme increased their own capacity to 8,000 metric tons by expanding their facility in Peoria, as well as their phase I and Phase II Roquette Nutritional facilities. The kicker is, they expect to have 550,000 tons capacity by 2015. This would support over 1 billion in biofuel revenue.

To make matters more interesting, Solazyme also entered into non-binding offtake agreement with both Dow Chemical and Qantas Airlines. Dow Chemical has agreed to purchase 20 million gallons (76 million liters) of oils in 2013, rising to 60 million gallons (227 million liters) by 2015. Qantas Airlines will purchase a minimum of 200 to 400 millions liters of jet fuel per year.

Can you say, the algae revolution has begun?

All well and good…what about fuel performance?

“Propel is committed to providing drivers true choice at the pump by bringing to market the world’s highest quality and most sustainable fuels,” said Matt Horton, CEO of Propel Fuels. “The results show strong preference for algae-based fuel, and we are thrilled to have partnered with Solazyme to enable our customers to be the first in the country to purchase this next generation biofuel.”

So what does this mean to us?

It means, first of all, that not only was algae biofuels history made last December when they rolled out the first commercially available algae biofuels, but it was no freak accident of the market. It was the first step as part of a planned expansion into the market. This means, commercial algae based biofuels are now a reality. A historic first, in and of itself.

Second it means there is also a growing acceptance of algae biofuels by the government based on their low environmental impact. No easy feat. This one fact has slowed many alternative energies from ever gaining the market at all.

Third, it shows growing public awareness of, and acceptance to, algae based biofuels in general and algae gasoline in particular. Not only acceptance, but forward thinking populations are also willing to buy it at higher cost in order to have domestically produced, renewable energy and transportation fuels. This bodes very well for small scale algae biorefineries and producers.