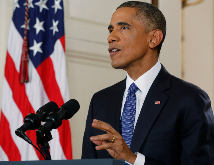 With more research and incentives, we can break our dependence on oil with biofuels...instead of subsidizing yesterday’s energy, let’s invest in tomorrow’s...
We’re issuing a challenge. We’re telling America’s scientists and engineers that, if they assemble teams of the best minds in their fields and focus on the hardest problems in clean energy, we’ll fund the Apollo Projects of our time...
Clean energy technology, an investment that will strengthen our security, protect our planet, and create countless new jobs for our people

Algamoil was founded early  in 2013 after an intense 20 -year-long R&D period.

In that year we filed the patent for our Microalgae technology, the first continuous algae production system worldwide.

From that moment on Algamoil was driven by a rapid growth strategy and accomplished all it takes to secure the leading technologies in the field of Photo bioreactor development.

The following year we patented the second invention, the Photo bioreactor system which is compatible for the hottest regions and deserts.

Vast global demand for a renewable industrial solution of algae production systems has been keeping Algamoil busy since then.

Algamoil is motivated by the belief that nature is the true source of inspiration for developments in biotechnology.