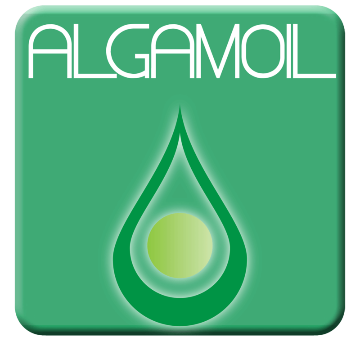 The laboratories will soon be moved to the new premises where all the activities, studies and research will be concentrated. The research will continue in cooperation with the University of Modena and american supervisors.

3D PRINTING WITH BIODEGRADABLE FILAMENTS MADE WITH MICROALGAE

The 3D printer filaments made with microalgae were developed at Teregroup, in cooperation with international partners. These filaments are perfectly compatible with every printer on the market.

Thanks to our technical office, Teregroup is able to make, with our 3D printer, items designed with CAD and challenging non-biodegradable items. 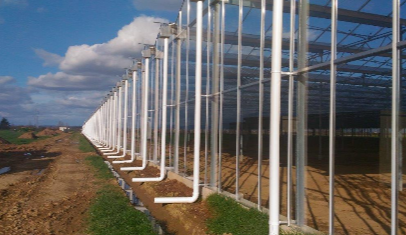 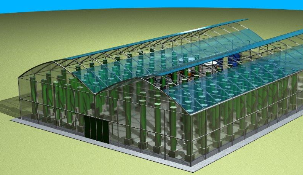 The 36000 square meters greenhouse has now been completed. This greenhouse will be part of the first French algal-biofuel production plant.

The new refinery specialized in green chemistry was presented in front of many reporters. The refinery will convert Teregroup algal oil into biodiesel. Among the speakers, Senator Saverio D’Amelio, Alderman to Agricultural and Forestry Policy Luca Braia, Alderman to Development Policy Raffaele Liberali and many others.

The draft agreement presented by the French Minister for Foreign Affairs states that: “We have to prevent global warming above 2 ºC by 2020.” The $100 billion deal for developing countries has been confirmed. Hollande: «This is a chance to change the course of history”; it is also as a result of the support of Teregroup and Algamoil consultants.

“This is an ambitious and balanced draft agreement, legally binding, and an historic turning point”. The French Minister for Foreign Affairs Laurent Fabius presented the draft agreement reached at the end of the climate summit in Paris, a draft agreement that will be then carefully examined by the plenary assembly. A deal that includes a five-year plan for each country to limit global warming. The agreement stipulates that “global warming must be kept well below the 2 ºC limit by 2020, even 1.5°”. The national plans for the reduction of greenhouse gases will be audited every five years. The $100 billion fund for developing countries has been confirmed, but nevertheless Fabius explains that «between now and the year 2020 it only represents a starting point; a new target should be set by 2025». Fabius concluded his speech recalling the words by Nelson Mandela: «None of use acting alone can achieve success, we must therefore act together as a united people».

«This agreement – as the French Minister for Foreign Affairs has pointed out – it’s necessary for the whole world and for each of our countries. It will help island states to safeguard against the advance of the sea prowling their shores; it will give financial means to Africa, will support Latin America in protecting its forests and will support oil producers in diversifying energy production even with the production of algal biofuels.»

Mineral gasoil, added with 10% of algal biodiesel in accordance with European legislation that will enter into force on 2018, was used as fuel.

The result was a massive reduction in gas emissions, especially over 2000 engine revs.

Teregroup, the only representative of Italy, was present at the ABO algal biomass congress in Washington. There was a great deal of discussion regarding the great chance offered from the American government to use algal plants as bio filter systems to reduce carbon dioxide emissions. 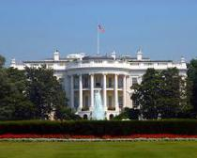 A NEW LAW TO BIOFILTER CO2 WITH ALGAE

We are proud and honored to announce that a huge legislative achievement has been reached in the US: the US Environmental Protection Agency (EPA) approves the CO2 capture and utilization in power plants whose aim is to meet emission reduction targets.

The Clean Power plan reports “State plans may allow the use of CCU (Carbon capture storage and utilization) technologies to reduce CO2 emissions affecting the atmosphere”.

It’s a great victory for algal industry, we have been working on this for more than one year. This law gives a new opportunity to companies which commercialize algal technologies and convert carbon dioxide produced by power plants in vegetable oil, feedingstuffs, fertilizers and other value products.

Our message is that carbon dioxide utilization is a common sense oriented approach, with the support of the whole US Congress. The growing importance of CO2 utilization will be reflected in an increase in state funding.

This new law will be taken as reference even in Europe… 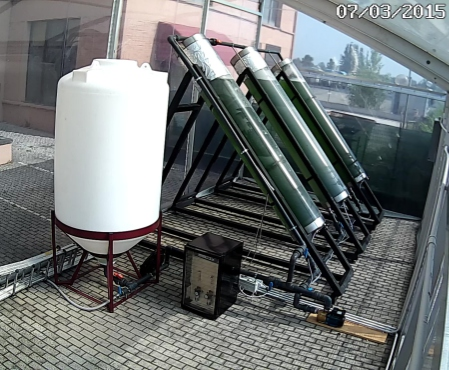 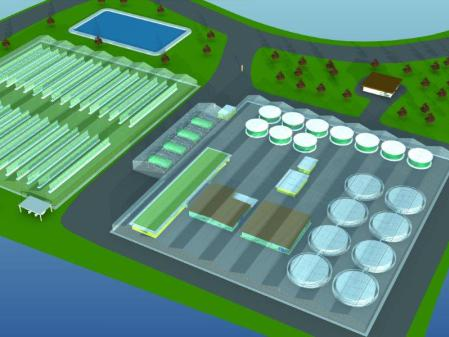 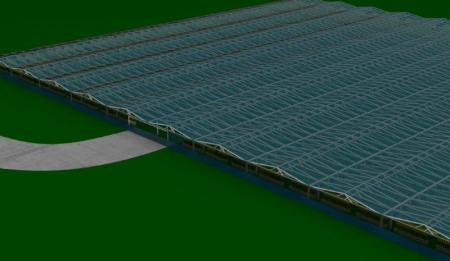 FINALLY, A LAW ON BIOFUELS: COMPULSORY QUOTAS HAVE BEEN DETERMINED UNTIL 2022

Ordinance No. 10 ottobre 2014 of the Minister of Economy subject  was published on the October 27  Gazzetta Ufficiale n. 250: “Updating of conditions, criteria and detailed rules for the implementation of the use of biofuels, including the most advanced”.

TEREGROUP AND ALGAMOIL AT ECOMONDO KEY ENERGY IN RIMINI (ITALY)

Teregroup in cooperation with Algamoil partecipated to Ecomondo Key Energy attracting considerable visitors interest. In particular we thank all our clients that visited us and all our collaborators that stayed available for 4 days to the persons requiring technical and commercial informations.

We also thank the host for the great work he did.

We’ll see you next year.

The World Congress of algal products manufacturers was held from 29 September to 2 October.  Great participation of visitors from all over the world; they paid almost $ 500 for entry.

Teregroup in cooperation with Algamoil was the only italian company and attracted considerable visitors interest.

During the congress, technological and biological news for algae development were submitted.

The producers got together to define algal products technical standards, in particular for establishing biofuels requirements. Teregroup research on biofuels has made it possible to define technical characteristics on diesel-power engines in series production.

More than 400 projects and searches were submitted during the congress: this is a clear indication of strong development of the sector, especially after reports the Rockefeller family had abandoned the petroleum-derived fuels sector to work with green fuels like algal fuels. 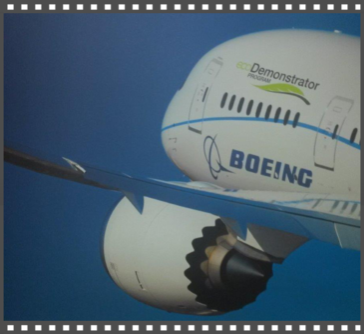 Boeing 787 fuelled by algal biofuel, is planning to reduce by 50% CO2 emissions

THE ALGAMOL AND TEREGROUP CONFERENCE WAS HELD ON 25 JUNE 2014 AT THE UNIVERSITY OF MODENA TO PRESENT THE NEW DUAL FUEL.

in cooperation with Unimore Enzo Ferrari departement, Hpe, Stm and Algamoil  and co-financed by Fondazione Crmo

The conference started the project that aims to check all experimental data presented at the 68th Conference of the Italian Thermal Machines Engineering Association of 11 September 2013 by Professors Enrico Mattarelli and Carlo Rinaldini from University of Modena e by Professor Valeri Golovitchev from Chalmers University of Technology.

The project aims to test algal methane-fuelled and algal biodiesel-fuelled diesel engines: the ignition of the so-called dual-fuel engine occurs through a port fuel injection of biodiesel and preblended methane.

It is planned to test also methane produced by biogas plants: this will allow us to have 100% italian biofuel.

A strong delegation of Italian and international investors interested was present at the conference.

The conference was introduced by Professor Giuseppe Cantore, tenured professor at DIEF (Engineering Department Ingegneria Enzo Ferrari), celebrating 100 years of Maserati. Later on Professor Enrico Matterelli took the floor presenting the research made on dual-fuel  and the expected results shown in the table below.

At the end Professor Carlo Rinaldini gave an overview of the state of the art in the testing of diesel engines fuelled with Algamoil algal biodiesel recently presented in Detroit.

At the end of the conference guests were invited to visit Algamoil and Teregroup laboratories and algae fuel production plants. 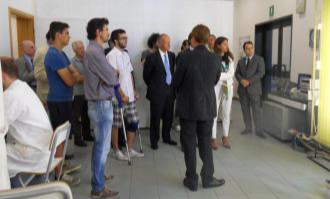 THE CASE FOR ALTERNATIVE FUELS 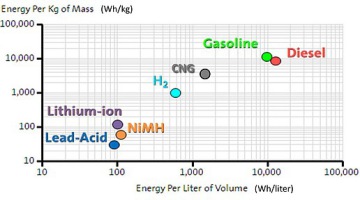 At present, storing electrons on board vehicles is less practical and consumes more space and weight than either gasoline or diesel or hydrogen or CNG. (General Motors)

There would have to be compelling reasons to justify switching from petroleum for transport. Why? For one, as liquids, gasoline and diesel are easy to distribute. They are also energy-dense. A gasoline or diesel tank can be filled in a few minutes and carry the vehicle hundreds of miles more conveniently than any other fuel type.

ALGAE BASED BIOFUEL IN DETROIT 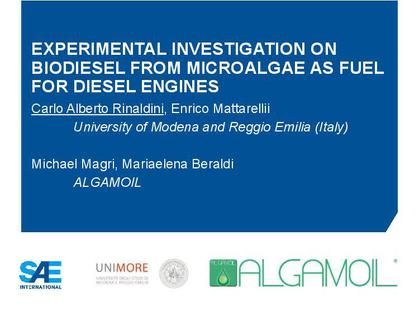 EXPERIMENTAL INVESTIGATION ON BIODIESEL FROM MICROALGAE AS FUEL FOR DIESEL ENGINES

With the decreasing availability of conventional fossil fuels, their rising costs and their contribution to the accumulation of carbon dioxide in the environment, it has become necessary to research alternative fuels for engines.

Biodiesel is one of the best option to fulfill this demand but there is an increasing motivation to limit the production of fuel from eatable resources. In this scenario Biodiesel from Algae appears a promising solution for partially or totally substitution of fossil fuel in Diesel engines.

This study is dedicated to the engine application of blend of Biodiesel manufactured by transerification reaction from Microalgae and Diesel Oil (B20). Experiments were carried out on a 4-cylinder, 4-stoke naturally aspirated Diesel Engine whose performance and emission where measured on a wide range of operating points.  Results obtained with B20 has been compared with ones obtained using commercial Diesel Oil. It was found that B20 leads to a very small decrease of performance limited to higher loads while slight differences have been found in engine pollutant emissions. Regarding the last issue, one of the most interesting results has been the reduction of soot emission measured supplying the engine with the B20 mixture.

WHY USE ALGAE TO PRODUCE OIL?

Put simply, lipids in algae oil can be made into biodiesel, while the carbohydrates can be converted to ethanol. Algae are the optimal source for second generation bioethanol due to the fact that they are high in carbohydrates/polysaccharides and thin cellulose walls.

Bioethanol can be used as a biofuel which can replace part of the fossil-derived petrol. currently bioethanol is produced by fermenting sugars, which in the case of corn are derived from hydrolyzing starch. Algae species starch contents over 50 percent have been reported. with new technologies, cellulose and hemicellulose can be hydrolyzed to sugars creating the possibility of converting an even larger part of algal dry matter to ethanol.

Algae have a number of advantages over other land based crops when considering the algae to biofuels equation.